November 14, 2016
This is the second part of my review of JTR's special issue on "Authorizing Tolkien" -- the first part can be found here. Not to keep anyone in suspense, but let me say that I really liked what this issue is doing. The following are all high quality articles and, although I have a special place in my heart for the piece by Thumma-Walls, every following piece certainly deserves a perusal.

The editors' introduction. The issue of “adapting” a work, especially when the themes of that adaptation differ from the original author’s, is a highly vexed question. The editors argue that “one needn’t be alarmed by adaptations” (2) because we should see the act of “borrowing as one that has analogies—even if not perfect—in a long view of literary history” (2). The “translation paradigm” of adaptation which posits faithfulness to the original as the highest virtue is inadequate (5). Early work on Tolkien often tried to distinguish between fandom and Serious Literature, and the editors think this a mistake, especially as fans are the most important adapters. I certainly agree.

This one's a straight-forward look at gaming in Tolkien. Although post-2000 discussion of digital gaming is common, “[g]aming and Middle-earth have been entangled in since the mid-1970s” (2 [sic]). Like 21st- century game connecting “their products with existing movie franchises,” 20th-century gaming did the same (5). “The Lego digital games and brick sets are illustrative of an overall shift in the franchise towards the family market which was initially marked by LOTR: Aragorn’s Quest (2010)” (14), a move into the children’s and family market which Young thinks “makes commercial sense” (14). Middle-earth was a great setting for these game because “the complexities of Tolkien’s world brought depth and meaning to games that either entirely lacked or had only very rudimentary graphics to help players’ imaginations” (19). Overall, Young's piece is a great example of "I would never write this, but it sure is nice that someone else did" genre of academic work, and it's a valuable reference for anyone interested in this subject

Brown, Adam and Deb Waterhouse-Watson. “Playing with the History of Middle-Earth: Board Games, Transmedia Storytelling, and The Lord of the Rings.” Authorizing Tolkien. Spec. issue of Journal of Tolkien Research 3.3 (2016): 1-32. Web.

Specifically concentrating on board games, these authors note that “a once relatively isolated hobby has become a globalized subculture” (1). Tolkien, the games, and Jackson have all given “rise to complex transmedia processes of narrative construction and gamer identification" (2). The major objects of study here for a“close analysis of the transmedia intertextualities” are two major board games, Reiner Knizia’s Lord of the Rings (2000) and the war strategy game War of the Ring (2000, 2004).

The authors' central claim is that although the new narratives created during the course of game-playing never become canon, they nonetheless "offer different means to engage with aspects of the storyworld, from perspectives often not offered in more ‘conventional’ narrative modes” (25). For example, “[t]ransmedia storytelling facilitates considerably more diverse, flexible, and interactive frameworks within which textual meanings are generated than traditional notions of ‘adaptation’ have typically allowed (3). The major issue in the transmedia experience is how “board games are (pre-)constructed and players are positioned to identify with (or against) the characters within these narratives” (6). I found it interesting that the authors upheld the notion that an "implied reader" or "ideal recipient" is necessary in order to theorize about “gamer identification” (8) -- that's a classic component (and source of critique for) basic reader response theory. Also noteworthy, a significant conflict exists between the game controlling the gamer’s experience and allowing the gamer freedom to do what they like—which often leads to non-canonical things like elves fighting dwarfs. Indeed, the principle of cooperation exemplified by the Fellowship often gets undermined in competitive tabletop games. Knizia, for example, encourages cooperation, but other games do not.

I don’t play such games myself but, again, well-done piece.

Alberto takes up the issue of fan-produced films -- and, considering the attitude of the Tolkien Estate towards fan works, I was surprised that there were any fan films. Alberto argues that fan “films are made primarily for the kudos of fannish audiences where commercial films are made primarily to generate cash, or revenue, for parent corporations” (28). That is to say, fan films want the respect of fan community, and they do not have the burdens of making profit or generating revenues—indeed, in order to stay within copyright, they highlight their lack of financial compensation. Fan films are better at direct “translation” of the source texts, meaning that they aim most often for fidelity, whereas commercial films “adapt” films because they must incorporate or delete those elements that could put their bottom lines at risk. (Tellingly, Alberto doesn’t claim that this necessarily makes fan films better, although it does earn her admiration.) “[F]an films are free to pursue the kudos approach of putting Middle-earth on film in a way that commercial films cannot” (8). Alberto specifically discusses the fan films Born of Hope (Kate Madison 2009), Hunt for Gollum (Chris Bouchard 2009), and The Hobbit (TolkienEditor 2015)—which is especially notable by simply paring down Jackson’s film trilogy to a single four-hour film.

One issue that Alberto might have pursued is the recent kerfluffle between Star Trek copyright and Trekkie fan films -- I would have been interested to see how those issues played out with Tolkien fan films. Still, I can't complain -- I certainly learned more than I ever thought I would about fan films! 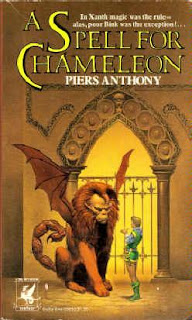 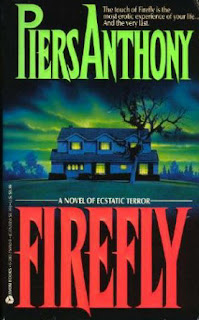